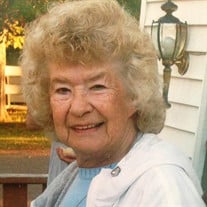 Margaret Irene Lokken,age 79, of Butternut passed away unexpectedly on April 9,2015 in Butternut. She was born on January 11,1936 in Tomahawk,the daughter of Edward and Anna (Mattson) Torkelson. She graduated from Tomahawk High School and received her BS and MS in education from University of Wisconsin-Superior. She married Roger Dahl in February of 1961. He preceded her in death. Margaret taught in the Tomahawk school district. She then moved to Delafield WI and taught in the New Berlin school district. On April 16,1976 she married David Lokken and relocated to Park Falls. He preceded her in death on February 11,2015. She earned a Title 1 Reading Certification and was the Park Falls Reading Specialist until her retirement. Her hobbies included her vegetable garden,flowers,bowling and was an avid Brewers,Packers,and Badgers fan. She loved spending time with family and friends. She is survived by a son Michael Dahl (Dyan Brentar) two step-daughter's Kendra (Daryl)Kochel and Tracy (Robert)Kyska. Six grandchildren: Kassandra (Ory Constantine),Sierra,Alisha,Zachery,Vanessa,Erica. One Great Granddaughter Alana. One sister Grace (Bill)Hines and one brother Stan (Karen) Torkelson. Three brothers-in-law Sid (Sandy)Lokken, Jerry Rooni,and James (Kate) Rooni. One sister-in-law Sue (Steve) Hinsa. Also surviving are many nieces, nephews, other relatives and friends. She was precede in death by her parents, a niece Jessica Hines,and a brother-in-law Thomas Lokken. A memorial service will be held on Friday April 24,2015 at 11:00 a.m. at the Novitzke Funeral Home Chapel in Park Falls. Visitation will be held on Friday at 10:00a.m. until the hour of service at the Novitzke Funeral Home Chapel. Luncheon to follow the service. The Novitzke Funeral Home is assisting the family.

Margaret Irene Lokken,age 79, of Butternut passed away unexpectedly on April 9,2015 in Butternut. She was born on January 11,1936 in Tomahawk,the daughter of Edward and Anna (Mattson) Torkelson. She graduated from Tomahawk High School and... View Obituary & Service Information

The family of Margaret Irene Lokken created this Life Tributes page to make it easy to share your memories.

Send flowers to the Lokken family.